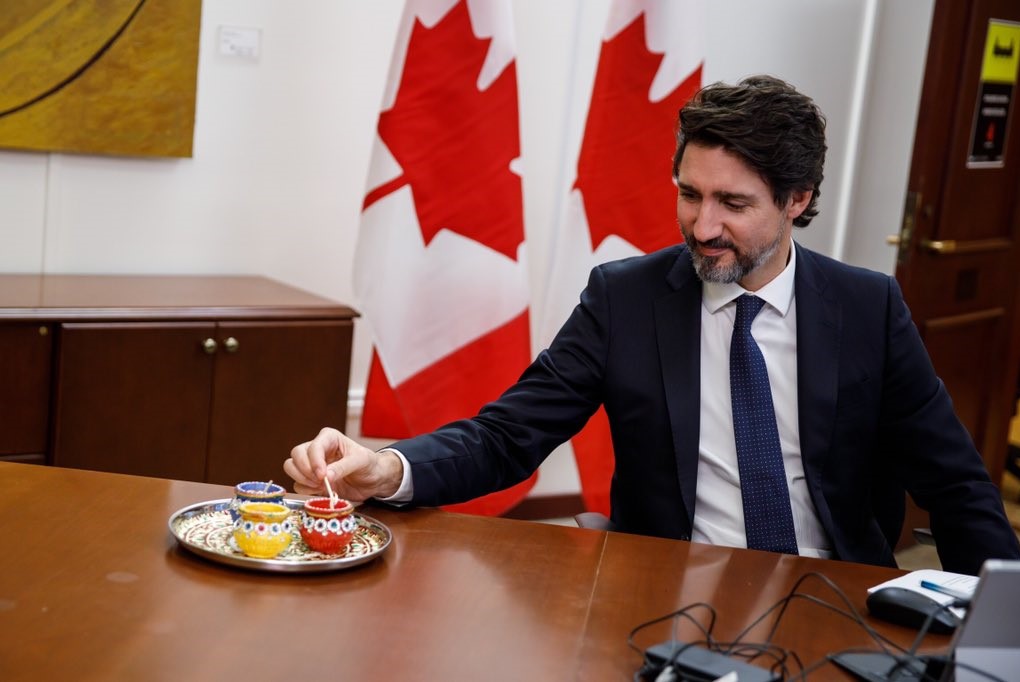 The Canadian Dollar has seen a rebound in its performance following a hard hit taken by the first COVID-19 wave in March 2020. It suffered a 7.8% decrease in value against the U.S Dollar, from $0.747 to $0.689 in just two weeks (March 4th-March 18th). The official currency of Canada often known as the Loonie, is in the top ten most held currencies in the world, with Investopedia rating it as the 5th most popular currency for trading in a 2020 and Canadian Dollar is “probably the world’s foremost commodity currency’’.

Canada is renowned for its exportation of commodities, holding large reserves of oil and other raw materials such as metals and minerals. As a result, the currency reacts to changes in prices of these commodities, as they have such a large influence on Canada’s economic performance. However, bordering one of the world’s top economic powerhouses, the Canadian Dollar is also influenced heavily by the performance of the U.S Dollar, with the Loonie often reacting to a significant change in the Dollar. Below shows the exchange rate between the Canadian Dollar and the U.S Dollar in the last year. 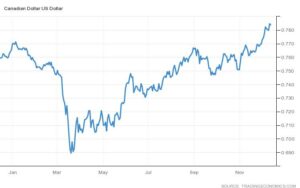 Prior to the COVID-19 outbreak, the Canadian Dollar was relatively stable and growing in value. Hit with the first wave of the virus however, the currency plunged against the Dollar, one of the only currencies to grow in value during the initial outbreak. The depreciation was made worse by a drop in oil prices. CBC news claims there was a decision by ‘OPEC countries to turn on the taps and flood the market with oil’ resulting in a price cut of the commodity, heavily influencing the Loonie’s value due to the vast quantity exported by Canada.

As per CBC, during this time, oil prices were ‘$50 US per barrel for West Texas Intermediate (WTI), but those same barrels are now changing hands at around $27 US each’, a near 50% reduction in value. Since the 23rd March however, the Loonie made significant strides in the right direction, increasing from $0.691 to $0.705 in just three days, which was the start of a long-term recovery for the Canadian currency. As of 30th November, the Loonie has just posted at $0.772, the highest value it has sat at in 2020. Trumping its previous peak of $0.771 on January 6th before the major drop in value. The upshift in the last half of 2020 seems to be about to rise too, with the past week and month showing increases in the currency.

As the second wave surges through countries in the present day, the Canadian Dollar is likely to continue to rise in value against other currencies whose nations suffer worse than Canada with the virus. Furthermore, there has been a recovery in oil prices in recent times, with just last month COVID vaccines testing 90% effective, causing an increase in oil prices. In an article by oilprice.com it was claimed ‘Oil prices soared by 10 percent and WTI Crude topped $40 a barrel on Monday morning, after vaccine developers announced 90-percent efficacy of a COVID-19 vaccine candidate, instilling hopes on the markets that life could soon return to normal.’

As December approaches, it is to be seen whether the Loonie can end 2020 with a higher value than it started the year off with, at $0.77, with the current price hovering just above this mark. A positive December could put the Canadian Dollar in a strong position moving into the new year. However, a setback could leave people wondering if it could experience a repeat of early 2020 in the start of 2021.