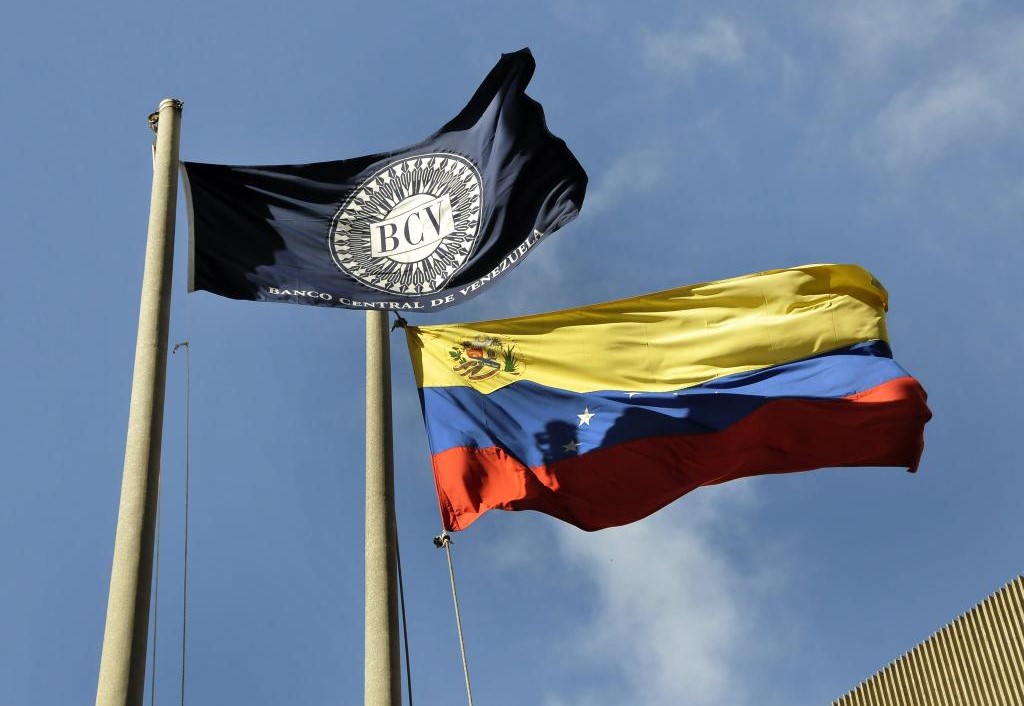 The Venezuelan economy has been a hot topic since the early 2000’s to mid-2010’s, with the country experiencing hyperinflation due to a collapse in their economy and national currency- the Bolívar. This collapse has left the Bolívar so weak that it is practically useless, with Venezuela attempting several strategies to regain some value in their national currency. As a consequence of the collapse, Venezuela has experienced hyperinflation that has broken records, reaching a peak rate of 344509.50% in July-August 2019 according to the Venezuelan Central Bank. 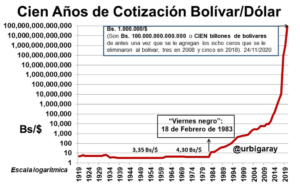 The graph above was published on twitter by Urbi Garay, (@urbigaray) a Venezuelan Professor of Finance, who gained his degree from the University of Massachusetts. It shows the value of the Bolívar against the Dollar over the past 100 years, illustrating how the currency soared to a rate of $1: 100,000,000,000,000 Bs in less than fourty years, with the peak depreciation occurring from 2015.

What caused the economic crisis?

Until 1983, Venezuela was the fastest growing economy in Latin-America and one of the richest countries in the world, due to large oil reserves that were discovered during WWI. Venezuela was so heavily reliant on oil that the price of the commodity determined the economic performance of the country. The decline started in the 1980’s, when oil prices plummeted, and Venezuela had to announce a devaluation of the Bolívar in 1983. There was a massive decline in the standard of living following this crisis, causing social unrest amongst Venezuelans. President Chavez was appointed in 1998, and imminently instilled full blown socialist policies to add to this unrest. In 2003, the government took over an oil company, who then conducted strikes that amounted to over $10 billion in lost revenue for the government. Because of this, and the unpredictability of the government, investors withdrew from hedging money in the country and the downwards spiral continued. Chavez died in 2013, and vice president at the time, Nicolas Maduro, took over. This was a move that locals were not happy with, describing the situation as corruption, with Maduro taking over simply because he was an acquaintance of Chavez, again increasing social unrest.

All of this together provided the groundwork for a huge collapse, as the price of a barrel of oil fell significantly from ‘$100 per barrel to $40’, according to an article by History, essentially wiping out Venezuela’s revenue. This was accompanied by a fall in oil production ‘3 million barrels a day to 1 million barrels’ due to a loss of employees in oil production, as the government once again took money out of the state oil company. Due to this, food shortages shook Venezuela with many locals unable to get food. Coincidentally, all of Maduro’s political rivals had disappeared without reason, eliminating any form of competition from the President.

Summarizing, a combination of complete dependency on oil and dire political management allowed Venezuela from an economic powerhouse to the poorest country in America, a transition that saw ‘more than three million Venezuelans leaving the South American country in recent years’ according to the Express. All during this time, the Bolívar capitulated, depreciating at an extreme rate until the present day, where 1 Bolívar is the equivalent of 248498

How has Venezuela attempted to fix it?

Many strategies have been attempted by both the government and citizens, to combat the worthless currency and hyper inflationary pressures. The Bolívar has been changed twice to regain value, the most recent in 2018, called the Bolívar Soberano, worth 100,000 old Bolívar. Maduro in 2018 tweeted “We found the revolutionary formula that puts work in the center of the general re-adjustment of society, based on the production of goods and the value of salary. With that, we’re gonna put to rest forever the perverse model that dollarized the prices in the country.” However, many have criticised this move, with a CNN article stating that economist Steve Hanke, of the Cato institute, described the strategy as a facelift when writing for Forbes. Essentially, it looks better but in reality, nothing has changed.

Since 2017, the people of Venezuela have also explored the use of cryptocurrency, with many locals now holding reserves and being paid for freelancing in Bitcoin. Even with the volatility of Bitcoin, it is still a better option for locals than keeping their reserves in banks, with the Bolívar valueless. With the rise in Venezuelan crypto users, the Venezuelan government created its own cryptocurrency, the ‘Petro’, but the BBC have written that critics have said the Petro is ‘a sham and there is no evidence of anyone using it.’

Cryptocurrency has not been the only method locals have explored however, with many desperate locals switching to illegal gold mining, which has recently fuelled violence with miners joining armed gangs to gain control of a mine. This may be illegal, but most Venezuelans realise they do not have anything to lose with such poor standards of living. It is either take your chances or be stuck with no basic human rights, including food. Furthermore, people have got creative, making luxury items such as wallets and purses from Bolívar bank notes, actually increasing their value. This is not a long term solution of course, but a method that shows the measures citizens have had to go to in order to regain a standard of life.

Venezuela is still in free fall, with the near future not looking any brighter than the recent years, for the people or the currency. The past few decades have been a perfect example of how a currency can be so volatile, with the Bolívar losing nearly 100% of its value in just a couple of years. What was once a currency stronger than most, is now one that is incomparable to those it used to Trump. 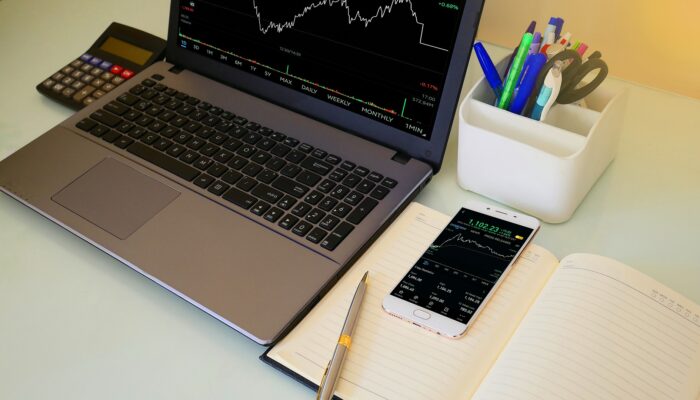 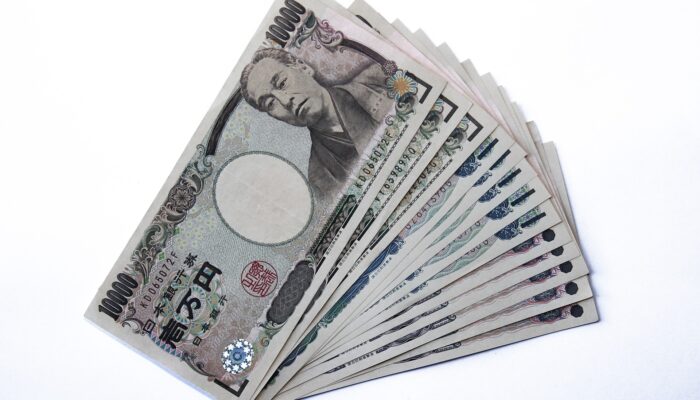 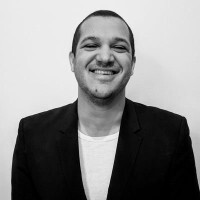