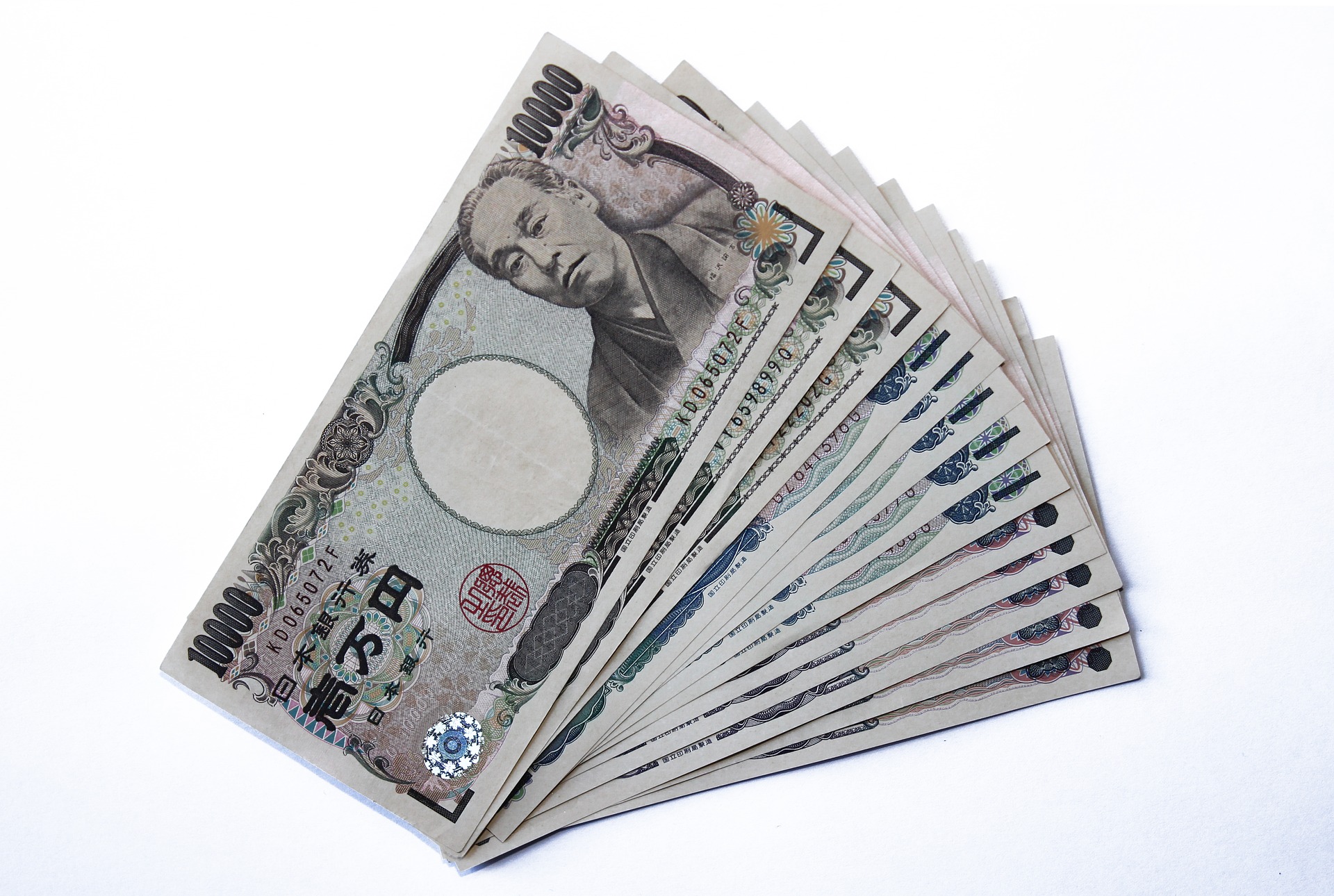 The Japanese Yen holds the position as the third most traded currency in the world after the U.S Dollar and the Euro. according to multiple sources, including Countries of the world. Why is this the case? Well the general reputation and sentiment of the Yen is that it is a ‘Safe-haven’ currency, investors gravitate towards the Japanese currency whenever they need a safe way to hold their money. As per Financial Sense, ‘part of the reason the yen continues to act as a safe-haven currency is simply because everyone acknowledges that it is. Investors around the world have come to embrace the yen as a reliable place to go for safety, and by attempting to take advantage of this, they actually create the intended effect.’ 2020/2021 is a perfect example that shows how investors hold the Yen in uncertain situations.

For a country with a strong economy, the Yen is actually a weak currency, with the latest valuation at $0.010 on January 7th, 2021. The cause of this was the 2nd World War, with sources such as Entrepreneur handbook saying that, ‘Wartime spending caused massive inflation weakening the yen to a value of 360 JPY to 1 USD. World War II caused the low nominal value of the JPY.’ 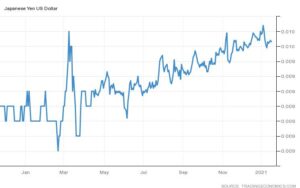 AS seen in the exchange rate throughout 2020, the Japanese Yen experienced a trend of long term appreciation after the COVID pandemic. However, just before the pandemic hit Japan hard at the start of March, the Yen experienced a significant rise in value. This comes due to the ‘safe-haven’ nature of the currency. However, it was not just COVID that led to this huge influx in investment. A London based financial company called Halo Financial commented in a report that, ‘after the OPEC supply deal failed to come through, Saudi Arabia slashes oil prices near 30% and the market reaction has been chaotic. Stock markets have tumbled and foreign exchange traders are struggling to assess market moves, which has prompted investors to shed risky assets like the US dollar and flock to currencies such as the Japanese yen.’ A magnitude of uncertainty in early 2020 together, led to this significant appreciation of the Yen.

Like nearly all world currencies, The Yen suffered hard from the inevitable spread of Coronavirus and the weakening of global markets, leading to a straight drop just after this appreciation. The recovery from this however, was quite remarkable in a year where very few currencies increased in value from the previous year.  The Yen steadily grew for the rest of 2020, to a point where its value was higher than on January 1st 2020.

In August 2020, Japanese Prime Minister Abe resigned due to ‘health issues’, causing the Yen to increase further. Exchangerates.org wrote about this matter, commenting that, ‘The Japanese yen has strengthened following Japanese Prime Minister Abe’s resignation with doubts whether the weak-yen and ultra-loose Bank of Japan policy under Abe will continue.’ The Yen did keep increasing after this, with multiple articles in November writing about the appreciation again. Daily Forex suggested the cause was that ‘the yen has been favored by the recent weakness of the dollar, which lost 1.92 percent against a bundle of its main competitors. The victory of Joe Biden was priced in the markets, fueling risk appetite now that the White House appears to be in Democratic hands, while the Senate remains Republican.’

The yen continued where it left 2020 in the new year, with reports once more mentioning further rises in the value of the currency. This time, RTT news said the rise was due to the government ‘examining whether to declare a state of emergency’ due to the ongoing COVID pandemic. Often a long term appreciation of a currency is a positive sign for the performance of the country, however the vast scale of the rise in the yen is a cause for concern with Japan, who fear that their exports will be priced out and become uncompetitive.

Analysis of the Japanese Yen in comparison to the British Pound – Entrepreneur Handbook how did the yen become so weak.

Why Is the Japanese Yen a Safe-Haven Currency? | Financial Sense