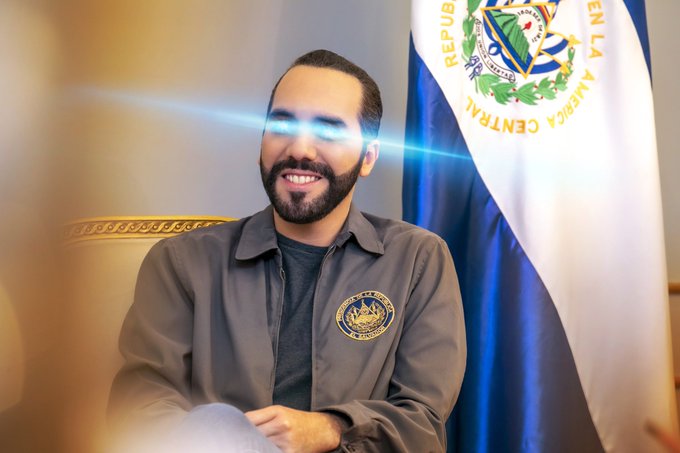 On the 6th of June, the President of El Salvador, Nayib Bukele proclaimed at the Conference of Bitcoin 2021, that in the following week he will introduce legislation to make El Salvador the first country in the world to make bitcoin a legal tender, alongside the already used currency U.S dollar.

Legal tender
Just 3 days after President Bukeles announcement for the legal tender of Bitcoin in El Salvador it has now been voted this morning 9th of June that Bitcoin will be a legal tender in El Salvador, banks now have 90 days to get used and learn about Bitcoin and implementing it to their current system before it goes viral in El Salvador.

The government has offered education and support to the banks and companies to ensure everything goes smoothly when the transaction happens.

Lawmakers in the Central American country’s Congress voted by a “supermajority” in favor of the Bitcoin Law, receiving 62 out of 84 of the legislature’s vote.

Haven
President Bukele is giving more and more promises to entrepreneurs that want to live and start companies in El Salvador, offering world class surfing beaches, front properties for sale.
No property tax, and no capital tax for Bitcoin since it will be a legal currency.

The President is even considering giving immediate permanent residence to crypto entrepreneurs that want to start a company or bring more work to the Salvadoran people.

Many famous influencers and entrepreneurs are considering moving to El Salvador just because of this, many calling El Salvador the catalyst for the adoption of Bitcoin and many other cryptocurrencies.

When Jack Mallers from Strike.me entered the stage on the conference scene he said this about the video of President Bukele: “One small step for Bitcoin, one giant leap for mankind” quoting some familiar words from Niel Armstrong.

Bukele has also indicated that the government may promote bitcoin mining, but nothing is set for that yet, which furthermore will interest entrepreneurs to invest in El Salvador.

While the President wants to create a new ecosystem using Bitcoin in El Salvador there already is a small village on the coast of El Salvador where most of the people living there do not have bank accounts and the local businesses could never afford the merchant accounts that are needed to accept credit cards.

This small village is called El Zonte where everything is paid with Bitcoins using an app on the phone. This project was started by an anonymous early Bitcoin adopter, and the person made it its mission to prove that Bitcoin can have the biggest impact on the lives of those that society has forgotten or just ignored.

El Salvador has the first ever ATM in central America, which lets you withdraw dollars from your electronic wallet if you wish to.

Good for the economy

While the President wants to make it easier for Salvadorians that live abroad to send money back home, to keep close ties with their place of birth, sending as much as $4bn each year.
Which makes up around 20% of the country’s gross domestic production.

Should the legislation go through the move would open up financial services to the 70% of the Salvadorian people that do not have a bank account.

Not a good idea

El Salvador may surely be one of the first countries to accept Bitcoin as legal tender, but many things can go wrong for the country if they are not careful.

The economist and former president of the Central Reserve Bank, Oscar Cabrera, said that “wanting to adopt Bitcoin as legal tender only generates uncertainty, since it is not clear whether it will be supported by the Central Bank of El Salvador and even more so, when the country is negotiating a program with the International Monetary Fund. In addition, these cryptocurrencies, which are more than one hundred, have many risks and many of a fraudulent nature. They are also very volatile, risky, there is no financial regulator or prosecutor that is aware of this type of cryptocurrency”. assured.

Economist Luis Membreño said that it is a currency that is very risky because it does not maintain its value over time and also does not have financial regulations.