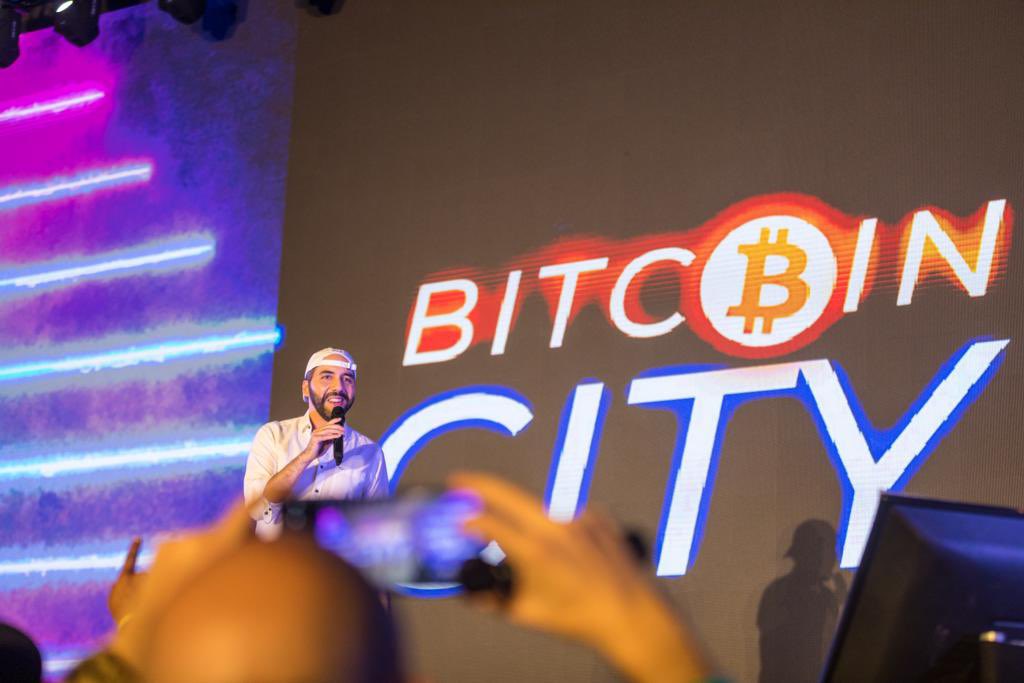 No. Currently we are not writing about Metaverse. We are speaking about a real city that is planned to grow in El Salvador, with funding from Bitcoin and Cryptocurrencies linked Government backed Bond. What? How? Where? Read on…

The Salvadoran colon, El Salvador’s own currency, was replaced by the US dollar in 2001. The country is significantly reliant on money sent home by people living abroad, particularly in the United States. In 2019, remittances to El Salvador totaled about $6 billion, accounting for 16 percent of the country’s gross domestic product.

While traditional money transfer is expensive and slow, in contrast blockchain technology and Bitcoin provide more opportunities. El Salvador’s leader, President Nayib Bukele became the first President in the world to push the initiative through their Parliament to allow Bitcoin as legal tender during spring 2021. Since September 7, Bitcoin has now become legal money in El Salvador along with the US dollar. Consequently, Bitcoin can now be officially used for payments in El Salvador in all areas, including for example salaries. This radical move made El Salvador the first “Bitcoin country” in history.

According to the country’s Central Reserve Bank, Salvadoreans overseas transferred nearly $32 million in remittances back home via the Chivo Wallet between September and October. This amounts to around 2.5 percent of all remittances sent during those months. Chivo Wallet is the government’s digital wallet, which was created to make Bitcoin transactions easier by allowing users to quickly top up their holdings and swap between currencies.

Every Salvadoran resident who downloaded the digital app received $30 worth of Bitcoin, even if they weren’t based in the nation. In other words, despite worries of established institutions worldwide, in practical terms at least currently El Salvador is reaping the benefits of Bitcoin.

El Salvador has been in talks with the International Monetary Fund (IMF) for the whole year, and analysts do not expect a solution to be reached anytime soon. IMF, which is supposed to assist El Salvador in easing economic issues, has expressed worries earlier this year about El Salvador’s decision to make Bitcoin legal money, citing both economic and legal risks.

Claimed to become 100% ecological city, what does it mean?

Keeping the momentum with Bitcoin advancement, El Salvador’s President unveiled plans for a geothermal-powered “Bitcoin City” with Bitcoin-centered plaza. A major town square in a Bitcoin token format which will be clearly visible from above.

This new city will be built on area called La Union near the Conchangua volcano with the idea that it feed endless green energy to power the whole city and associated Bitcoin mining. In Bitcoin mining process, plenty of energy is needed. Each new Bitcoin is created by using computers that solve complex mathematical problems.

Currently, El Salvador is already doing this with some of that energy coming from a geothermal plant fed by another volcano called Tecapa. While construction goes on to build a new geothermal plant to Conchagua, the city settlers can use Tepacas resources with Zero Co2 emission policy. Once it is ready, El Salvador is likely to become the most powerful Bitcoin miner on Earth, as the Conchagua Volcano consists not one but of two overlapping stratovolcanoes,  overlooks the Gulf of Fonseca.

David vs. Goliat. Is the President hero of the new economy? Who is going to pay it all?

Building a new city is not cheap. It includes significant costs as the plans have new residential areas, commercial areas, services, museums, entertainment, own airport, port and railway. Based on estimates, costs are expected to be approximately $1 billion or approximately 300,000 Bitcoins depending on the valuation. Land and infrastructure will be provided by the government and efforts will be made to attract investors.

The traditional financial institutions have punished El Salvador of it’s brave move to try experimenting with emerging Bitcoin finance. For example, the rating agency Moody’s has downgraded country’s credit worthiness, making it more difficult if not impossible to lend any significant money with reasonable terms and conditions from the market.

It appears as the President has chosen another route. Instead of being practically speaking slave to fees of Money exchange companies (ordinary peoples international money transfers) and that of Government level institutional debt, he embraces the cryptocommunity, companies and entrepreneurs to skyrocket the country out of poverty with aims to become financial center, sort of Singapore of Latin America.

The message is clear: Zero income tax, zero capital gains tax, zero property tax and zero payroll tax for Bitcoin city residents. Only tax shall be the value added tax (VAT) which occurs on selling and buying goods such as groceries for instance. And to compensate lack of taxes, they are now launching a bond…

My name is Bond. Bitcoin Bond. Ehh, how does it work?

Fyggex.com is going to write a separate article later about the details but here is a snapshot of  the gathered news about the worlds first Bitcoin bond. It will be a $1 billion sovereign bond issuance backed by the cryptocurrency.

The bond, that will be launched 2022, will cover infrastructure costs and other expenditures with the income earned through the bond. It is not free to create such Governmental level financial instruments, hence half of the VAT levied would be used to fund the bonds issued to build the city. Also, the other half would pay for services such as garbage collection.

One of the advisors, Samson Mow, chief strategy officer of blockchain technology startup Blockstream(link), said the bond will be similar to US dollar-denominated 10-year bonds, with half of the proceeds converted to Bitcoin and the other half utilized for infrastructure and Bitcoin mining. To simplify, the bond earnings will generate more Bitcoin which again generates more earnings.

The bond would be issued on so called “liquid network”, a bitcoin sidechain network. To facilitate the process, El Salvador’s government is working on a securities law, and the first license to operate the bond, with nominal yield of 6.5%, would go to crypto exchange company Bitfinex (link). Once 10 such bonds were issued, $5 billion in Bitcoin would be taken off the market for several years,

The Financial times noted this news as well, commenting that low price of $100 tranches in a deal will mostly attract small investors and crypto enthusiasts receptive to such ideas. Not only so called “hodlers”, but also ordinary people. Indeed, traditional large investors representing the Western financial establishment, were not interested in Financial times cited interviews.

Can cryptocurrencies be used to help countries from economic problems?

That has not been the case with Venezuela’s central bank digital currency (CDBC) called Petro, see Fyggex earlier reporting (link). This time, however, El Salvador is not relying on its own. El Salvador is inviting the whole world on it’s side while building new brave world.

Despite both some internal resistance of the confused population and warnings of the financial institutions, this historical move of the tiny El Salvador is leading the way and betting on Bitcoin as the first country in the world. Will it work? The only way to know is to wait.

*Disclaimer: Fyggex, does not give any guidance, advice or recommendations to neither invest or not in any available NFTs or cryptocurrency directly or indirectly via any trading platform, exchange or provider. Our sole purpose is to make you aware of the related real or potential risks and opportunities so that you can make your own research prior to any financial decisions you may want to take. Past performance and position are not a guarantee of risk-free future return